Deadlatch and Deadbolt: What’s the Difference? 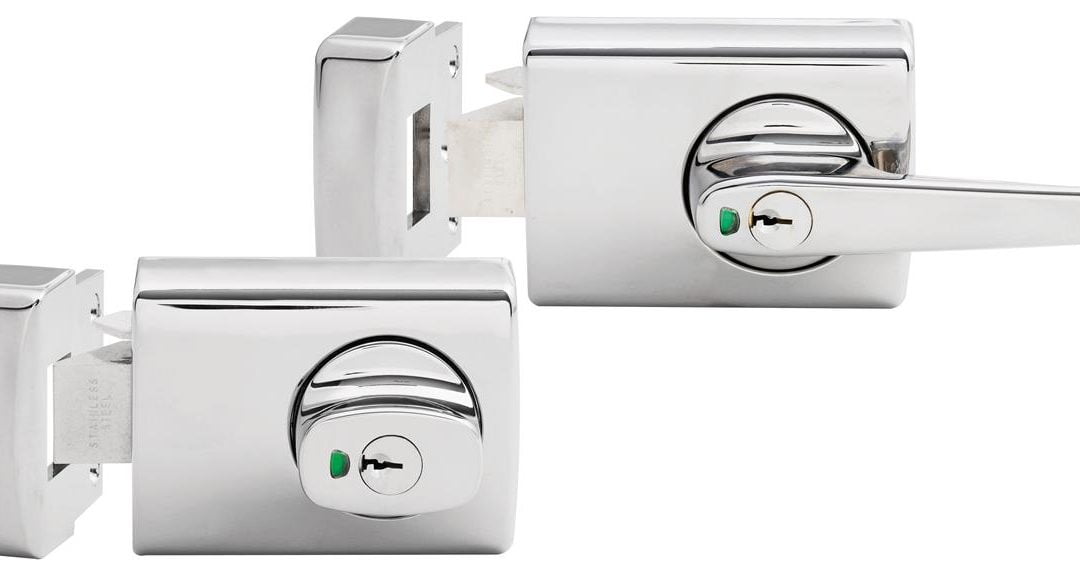 Both a deadlatch and deadbolt serve to protect a door from intruders by securing it. The latch is a spring-loaded bolt placed within the locking mechanism of the doorknob, whereas the deadbolt is normally located either below or above the doorknob. The average home will normally have a door that features both of these locks.

Of course, there’s more to it than that and in order to understand the differences between the two, it’s important to go into more detail regarding each type of lock.

Dead latches are a more elaborate version of a basic latch bolt because they contain a small cylindrical bolt that is positioned right beside the latch bolt, which is specifically designed to move in unison with the latch bolt right up until it extends into the strike plate. The positioning of these features prevents burglars from entering by jimmying their way in through the use of a credit card or flat tool because a deadlatch will simply not allow it.

Deadbolts are a lot thicker and are normally made of steel, bronze or brass, making them a lot heavier too. Deadbolts extend deep into the door frame, and you can open one using either a key or a turn knob. They will release once the number rotates to the right position causing the pins to move into alignment which is a feature that is very similar to latches. Deadbolt locks do not come with doorknobs or door handles while latch based locks do, making this aspect one of the major differences between the two.

Both types of locks have their pros and cons. Many people prefer a latch bolt because it can lock automatically, whereas most deadbolts require that you do it manually, which can be a problem when you’re in a rush because you can easily run out and forget to lock it. However, deadbolts are known to be stronger, making them harder to break or pick when compared to a latch bolt. It’s hard to say which option is best because they each have their advantages along with some disadvantages, which is why many homeowners like to use a combination of both to provide extra security for their home.

Ajax Locksmiths can help you with whatever lock inquiry you may have. If you’re in the Pickering, Whitby or Ajax areas and require an emergency locksmith who can provide you with peace of mind, visit them today!